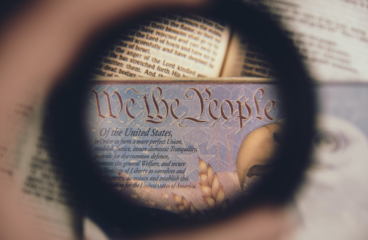 Sacramento, C.A. – The gun and ammo industry got a big victory on Thursday when a federal judge blocked a California gun law that required people to undergo a background check before purchasing ammunition. According to FOX News, U.S. District Judge Roger Benitez in San Diego called the regulations “onerous and convoluted,” adding that they violate a citizen’s Second Amendment rights.

For months, the California Rifle & Pistol Association had petitioned the federal courts to overturn and rule that the state’s new law that required background checks for ammunition sales was unconstitutional. According to Jude Benitez, claimed the state law blocked legitimate sales to law-abiding citizens, about 16 percent of the time. He also ruled that California’s ban on importing ammo from outside the state violates federal interstate commerce laws.

Current State Laws Are Not Working!

California became the first state to require background checks for ammo sales when it passed its legislation last summer. Before the regulation took effect, ammo sales within the state jumped 300%. While this matter is far from solved, the California Attorney General stated that no decision had yet been made on whether the state would appeal to Benitez’s decision.

The state of California has long held to limiting and strict regulations concerning the sale of possession of both guns and ammunition. However, according to 2016 data, the state ranks 2nd in the number of gun-related deaths with 3,1864 killed or 7.9% death rate per 100,000. It is without question that the past and the current path of the state to further gun and ammo purchasing and possession restrictions is doing nothing to limit the number of people killed by guns.

In Jude Benitez’s decision, he stated, “Criminals, tyrants, and terrorists don’t do background checks.” How do you argue with that logic? The answer is – YOU CAN’T!

For our store and to more gun and ammo news, please visit our website at www.vegetiusfirearms.com.