Biden Uses Tragedy as “His Gift” to Gun Control 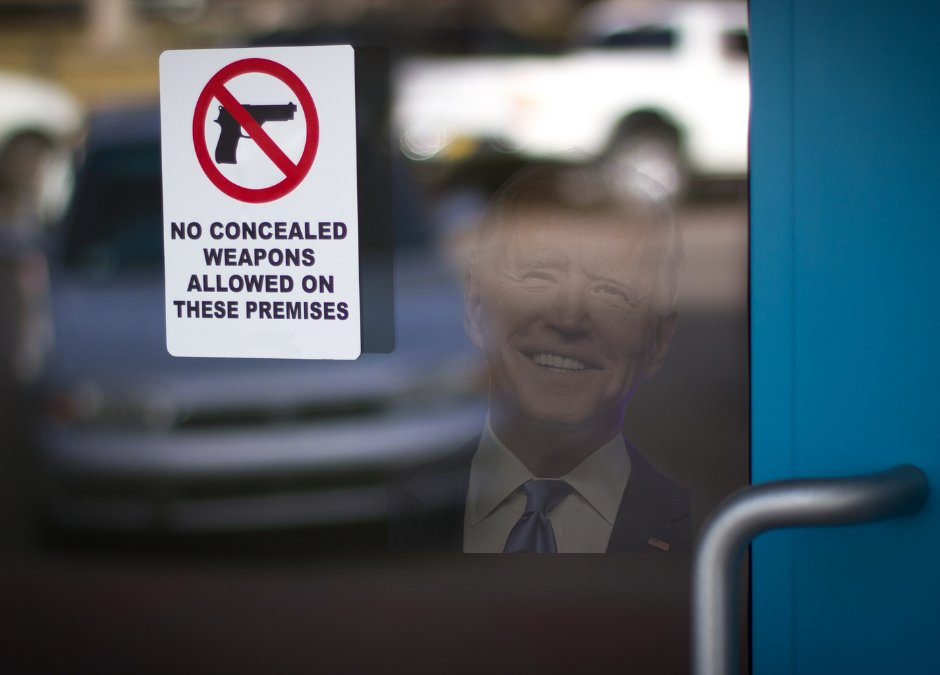 Newton, N.C. – In less than 24-hours, Joe Biden and his Democratic colleagues took to the airwaves calling to “immediately” pass gun control measures in light of Monday’s shooting in Boulder, Colorado, that left ten dead, including a law enforcement officer.

Biden said he didn’t “want to wait another minute, let alone an hour,” to act on gun violence.

In his “call-to-action,” Joe Biden positioned himself as the authority on banning assault weapons within the country, citing his career in the United States Senate, which in 1994 passed the Federal Assault Weapons Ban, which expired in 2004.

“I got that done as a senator. It brought down mass shootings; we can do it again,” Biden said. “We can ban assault weapons and high-capacity magazines in this country once again.”

In Biden’s new “claim to fame,” and during the ten years of the Federal Assault Weapons, mass shootings, by ratio, did decrease slightly, but well below what Biden and today’s Democrats illustrate. In 1999, five years into the federal ban, 15 individuals (including the two teenage gunmen) lost their lives in another Colorado town at Columbine High School.

On Monday, the state of Colorado was yet again cast into the shadows of another senseless shooting. As a matter of fact, and despite Colorado’s progressive and more restrictive gun legislation, Colorado has seen 47 of its state’s residents perish due to mass gun violence, including the July 20, 2012, shooting at a movie theatre in Aurora, CO, that left 12 dead and 70 injured.

On Tuesday, Biden and his fellow Democrats were gifted by grotesque nature, what they had so desperately wanted – another national tragedy and mass shooting that could help yet again, thrust a nationwide ban on specific ammo, guns, and magazine capacities, and bring liberal gun reform to the forefront.

What is more tragic than the innocent taking of lives? – the politicization of a tragedy to push and propagate a radical agenda. Joe Biden is a puppet of today’s liberal left – and now, despite his past blunders and gaffes, the headlines, so perfectly written for him by today’s slanted mainstream media, provide him the chance to change the course of gun-ownership in America.

Biden’s hopeful future of disarming lawful Americans was wrapped and tied with a bow. Among the heartache and tears of families whose loved ones lost their lives in Boulder, Biden, along with rank and file Democrats in both the House and Senate, look to use a senseless and Godless tragedy for political gain.

Should we be surprised? Of course not. As a nation, we should not be shocked to learn that “Gun Free Zones” do not work – as don’t restrictive gun legislation measures. On Monday, everyday grocery shopping turned deadly for those within King Soopers, a subsidiary of Kroger, who in 2019 urged their customers to stop carrying firearms within their stores.

Today’s “Gun Free Zones” welcome intrusion, intimidation, and violence from those who wish to cause harm to others – leaving only the criminals armed and everyone else defenseless. From schools to shopping centers, customers and school kids alike are easy targets, falling victim to Godless and mentally disturbed individuals in an anti-gun environment.

Could armed shoppers in King Soopers prevent this mass shooting? That’s hard to say. But, Biden and his fellow Democrats in Congress will use this headline and the taking of innocent lives to get what they have so longed for – a defenseless citizenry that bows to strong government and bends over backward as their God-given rights to freedom and protection is destroyed.